Artificial intelligence analytics for video security system consists of software programs in different programming languages that analyze the audio and video from surveillance cameras in order to recognize certain human beings, vehicles, objects, events and things. The AI uses programming functions which is called machine vision. It is series of algorithms or mathematical procedures which works as reference images of humans.

The AI is capable of maintaining surveillance of 100 cameras altogether simultaneously. This type of AI for security is referred to as rule-based because a human programmer sets rules for things user wishes to be alerted. Now, behavioral analytics has been developed, here the software is self learning without any interference of humans. This type of technology is used in AI analytical cameras where through detectors; it can monitor various aspects of an individual and also environment.

Some of the aspects are as follows: 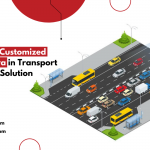